Together, Together and the Dread of Loneliness 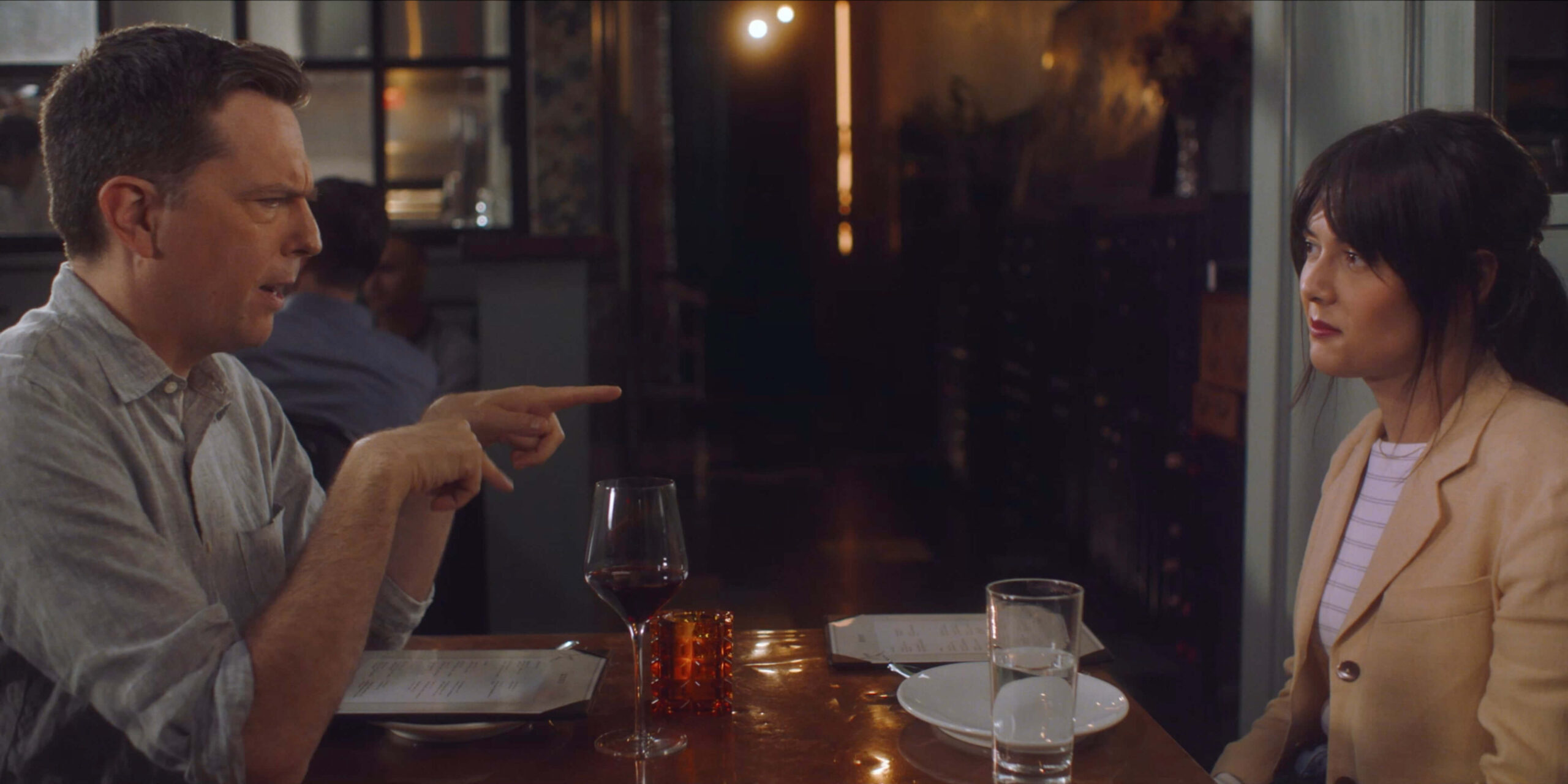 **Spoilers ahead for Together, Together**

So let’s talk about that last shot of Together, Together.

A quick recap of the plot: Ed Helms plays Matt, a 40-something man who decides to have a child with surrogate Anna, a 20-something girlchild. Throughout the pregnancy, they struggle to define what their rapidly developing relationship is. And it’s great, 4 stars.

Perhaps this is just me being fatalistic. It’s entirely possible.

Anna gives that final push, Matt holding her hand and being so proud of his friend for doing it. Then…the cry. Lamp (the baby) is finally born. Matt is ecstatic. He looks for permission from Anna, who gives it, then he goes to bond with Lamp.

Meanwhile, the camera stays behind on Anna. Matt’s off to Lamp. Anna displays a flurry of emotions that she seems overwhelmed by, but can’t really process. Matt’s tending to this new human being in the world, the human he’s wanted to be with since the beginning of the movie.

Her platonic partner has left her for someone else.

Then the film goes to black.

For a movie that revels in the joys of emotional intimacy without the sex part, it’s a very sad and dark ending. That you cannot be friends with someone of a gender you’re attracted to unless you are *ahem* together together.

Anna is alone at the end. And her and Matt’s friendship will never return.

To me, that ending screams out, “Anna was right. Don’t ever connect with anyone because they will just leave you for something else. So don’t bother.”

What is Loneliness in “Together, Together”?

I sat with this for a while. I took the long way home from the movie theater, which was marvelous and a real luxury and I would recommend it. I drove home with the radio off, podcasting off, and just…thinking about this ending.

Because this devastating ending didn’t seem intentionally devastating. There are moments in this film where loneliness is coded as devastating. Matt’s awkward dinner date with his brother (Timm Sharp, popping up from Undeclared, who I was SO happy to see). Anna’s lonely surrogate group meeting.

As Matt and Anna open up to each other, they ask the hard question: why are you alone? Oddly, Matt would decide to have a baby using a surrogate, making him a single father. So…why choose to do this alone?

Matt’s answer: that’s just the way it is. I believe he says a line akin to, “I wish people didn’t see it as hopeless when I’m so hopeful.” He doesn’t mind being alone. It’s sad sometimes, but he just wants to move forward with his life. And having a child is that step forward for him.

For Matt, loneliness is not necessarily bad. He’d like companionship. But it’s not hell. And the worse fate is standing still in his development, stuck in an awkward age in between his younger and older acquaintances and wanting something…different than what they have.

Anna’s answer: Her family is disappointed in her. She had a baby when she was a teenager, forever disappointing her family. This disappointment got intuited in her, putting her in a state of arrested development. She hasn’t been able to form quality emotional connections because…why bother? She’d just disappoint whoever she’s with.

Anna’s processing. She’s also going off to college soon. It was bound to come to an end. The fear is there, of something…better coming along.

Jules is the Key

Then there’s Jules (Julio Torres), the barista at Anna’s coffee shop. Jules gets his partners’ names tattooed on his chest, both of whom are named “Sam” (it’s an incredible joke). Anna is floored by this. Why would you get Sam’s name tattooed on you? Wouldn’t your next partner be weirded out by that?

Jules’s answer: I’d find a partner who would be okay with that, just like the Sams were okay with these other tattoos (Jules then lifts his shirts and shows that he has two other tattoos of past partners). And Jules says that these are names that he carries with him because these relationships, though finite, still affected him. And that relationships are all finite.

How are you gonna deal? How will Anna deal?

Back to the Ending

Anna has opened up emotionally throughout the film. And, in the end, Matt…kind of abandons her in the last frames of the movie. It’s a devastating sentiment. Also, it’s telegraphed by the very nature of their initial relationship. It was bound to end when baby Lamp enters the picture.

I guess that’s the whole point of this movie, though. That you have to be fine to get the intimacy you want during the time you have. You get what you get when you get it. Which seems like a clichéd saying, but is true. Together, Together talks about the awkward push/pull of male-female friendships in a society that is still obsessed with hetero-coupling.

Personally, I’m scared of getting it wrong. I have a lot of friends, but I feel like I’m constantly over-trying with people without letting myself really be vulnerable. So this ending, where I relate SO much to the character of Anna, but no matter what she does, she ends up alone? It’s kind of chilling.

And also…it’s real. Loneliness happens. You’re going to end up alone at some point in your life. And that’s fine.

When you boil it down, we want to have someone think the world of us and that we can think the world of them. The abysmal thing about the human experience is that relationships can end at any moment and we just have to be fine with it. Our goals change. Our emotions change. We change. And we can’t even put a reason on all of it at any time. It just…happens.

All we can do is just appreciate what we have in the now. Relationships don’t last forever. So find your person/people, be with them as much as you can, and do whatever your equivalent is of tattooing their name on your chest. It’s okay to be alone as long as you’ve made the most of it.

The Case Against The Apocalypse (in Movies)
December 9, 2018
Leave Comment