The Case Against The Apocalypse (in Movies) 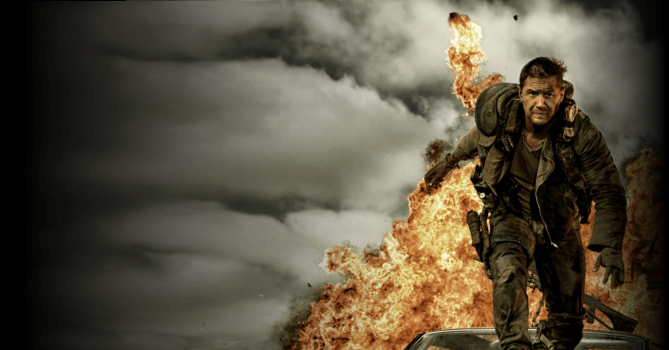 Ever since THE BIBLE, we have had narratives where apocalypse happens. And don’t bother asking for help, because it’s inevitable. Because of this inevitability, we’re naturally curious and try to control it, so much like a hot bath, we dip our toe into the control by exploring it via poetry, music, and our fiction.

We also revel in the hero of the wasteland and their ability to stand tall against the uncontrollable encroaching wave of death. We’re applauding their strength – they know they will fail, but they choose to fight and prove their strength. These post-apocalyptic tales are also often from a man’s perspective because men are the strongest. There are exceptions (see: The Hunger Games), but this is the most common trend I’ve found.

Very often, the society they arrive in are coded as inhuman savages, fighting for scraps (see Nova, the lone human female in the original Planet of the Apes). It isn’t until one man proves their strength, which translates into knowledge and leadership in this wasteland (see Max Rockatansky in The Road Warrior). Because of this, they have proven can fight the hardest, so shut up, ladies, because they know how to lead (see Reese in The Terminator). In the end, their victory is connected to a prize, winning a woman in the process (Shaun from Shaun of the Dead).

This post-apocalyptic patriarchal ideal also translates to the visual language: a barren wasteland where there is literally no vegetation. The land is no longer fertile – mother Earth cannot bear life. If you think I’m crazy about this, think about Mad Max: Fury Road, where the women are trying to win power over bringing water to the people. They are literally fighting to bring fertility back (though the women of agency still need Max’s help to win).

To fetishize post-apocalyptic fiction is to fetishize a world where traditionally masculine ideals will once again be the decider. None of the traditional feminine traits will be ascribed onto a world after our world; everything is dry, you’d better be a strong man. Even Sarah Conner, the protagonist of the first Terminator film, is fighting for a world where her son will be a savior in the post-apocalypse. Not her. Her son.

Conflict is NOT the Only Narrative

Now, I understand why strength in conflict is valued: conflict is inherently interesting. How often do you actually get in real life conflicts? It’s an abnormality, which makes conflict interesting or more resonant. Couple this with the Western societal values of strength and we ascribe a person as having a higher value because they fight the best.

But there are other narratives where we do not have to fight to prove our worth. In the Eastern narrative structure of Kishotenketsu, a good story is achieved not through conflict, but of disparate elements coming together in the end. Disparate elements, not conflicting or contrasting elements – they are literally just different. Rarely are these elements in conflict – they are co-existing, then find unity in some manner. And this is a common storytelling technique in Eastern societies, but not in America.

There is also non-apocalyptic future fiction, i.e. Star Trek. While putting together Star Trek: The Next Generation, show creator Gene Roddenberry issued an edict: “None of the main characters are to be in conflict with each other. I believe that we will have solved all of this because I believe in humanity”. But the show’s own writers balked at this, going, “Gene, that’s not storytelling. Storytelling – is – conflict.”

The apocalypse is hard-coded in us. We’re convinced it’s going to happen. We know we’re all going to die and, more than likely, it’s going to be at the hands of some dummy who wants to flex their boner. But this thinking is a form of control by other men who want to prove their strength – we cannot relent to their strength fantasy. We will not relent to men like Alex Jones, Sean Hannity, Tucker Carlson, Donald Trump, and countless other terrible men. We must not relent to this survivalist nonsense because it is a tool of patriarchal control.

The thing that I am so desperate to impart is my aggressive optimism towards connection. How often have we proven value to each other not because you hugged someone when they needed you? How often have you proven your worth as a human being because you helped someone move or covered a meal? You have worth and you haven’t even had to fight one zombie to gain it.