6 Ways to End Your Improv Scene 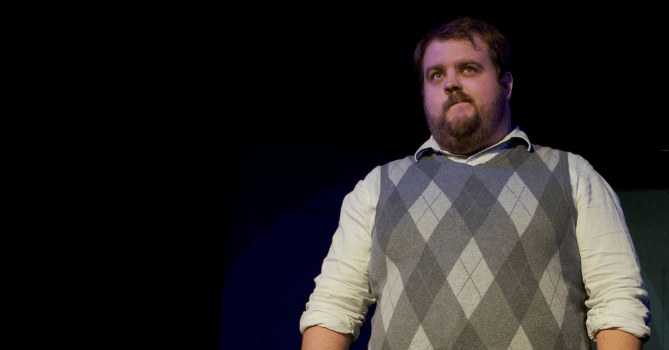 Have you ever watched an improv scene that’s gone on too long? And you’re screaming at the improv group on stage to just end the scene already, but they then go on another 2 minutes?

There’s a whole bunch of lessons about how to make a good scene, but what’s often missing is how to end your scene. Many times, instructors just tell you to trust your instincts. But what if you’re one of those people that just doesn’t have instincts?

I sat down and wrote out 6 ways you can spot the best time to end. Hopefully, you spot these, then make a sweep before you become the person screaming at your own scene.

1. When the game of the scene has come to its mathematical end

If the funny thing has happened 3 times on stage, end it. There are variations on the rule of 3 but, if you’re looking to end your scene, cut it after 3.

It is rarely unwelcome to edit on a big laugh. If you have achieved a laugh so big, the entire audience is laughing, get out. Anything else you do may feel anticlimactic/not as funny.

By sweeping on a big laugh, you get to set a new context for the viewer. That sweep tells the audience, “It’s time to reset,” which means their expectations are reset. This makes them go “That scene was great! What else?,” as opposed to, “This scene is going on too long” because you think there’s just a little more you can do.

3. A shift in status of the characters on stage is achieved

This one can be a bit trickier, as sometimes scenes are about negotiations over low/high status. But, when a sustained status shift has occurred or a status shift coupled with loud laughter occurs, end the scene fast.

Example: A scene happens where Person A plays a mother and Person B plays a child. More than likely in this scene, Person A will be high status because she may be helping/telling/scolding Person B, thereby driving more of the scene. However, the second that the Mother reacts meekly to a choice the Child made, the status is shifted because the Child made a high status move.

4. When the narrative of the scene has resolved

For purposes of this article, narrative = when there is a main problem/conflict that your characters are seeking to solve. Like the rule of 3, there are endless caveats, but let’s not get hung up on the semantics of narrative.

So, if their main conflict was resolved, your characters may not have anything else to do. Their goals are fulfilled. So, it’s a great time to cut.

Surprisingly, many improvisers try to extend the scene once both characters have finished their goal. Don’t do it. Just go to the next thing.

Note: For scenes to end with this method, they don’t have to involve fighting. However, if the characters have achieved a goal that they stated they wanted, end the scene.

5. When the game of the scene has been recontextualized

During your scene, your audience may be asking all four of these questions:

Let’s say Person A and Person B are still locked into the argument about the potted plant. We know what they doing (fighting). They’ve answered why (improve their relationship). And they’ve answered who they are (a committed couple).

But maybe they haven’t answered where. Apply “If this” thinking, “If the other 3 things are true, then what else is true?,” then one of you might reveal that this whole argument has been in the Garden of Eden. So we’ve watched this entire grounded scene happen, then reveal that it’s not only a committed couple, but it’s Adam and Eve.

This ending method is tricky for beginners, but it’s something that runs through sketch/improv comedy. For more insight into this, listen to this episode of You Made It Weird starting at 1 hour, 12 minutes, where Keegan Michael Key lays out this approach in depth.

You never end the scene, but you just start a new one over it when you feel like it. The risk on this ending is that you’re forgoing possible emotional resolutions. This approach could also make your scenes go very long, so please use the previous 5 approaches in conjunction with this approach to have nice and tidy scenes.

Have other endings? Don’t agree with these endings at all? Leave a comment down below so you can vehemently disagree with what I’ve put forth.